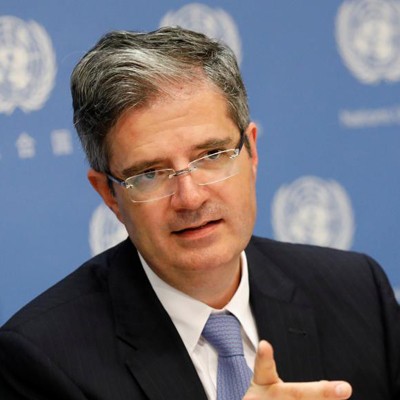 Ambassador Delattre is the Secretary General of the French Ministry of Europe and Foreign Affairs. Previously, he served as the Permanent Representative of France to the United Nations, from 2014 to 2019, the French Ambassador to the United States, from 2011 to 2014, and as the French Ambassador to Canada, from 2008 to 2011. Prior to his ambassadorships, he was the Consul General of France in New York, and before that, the Deputy Chief of Staff to French Foreign Minister Dominique de Villepin from 2002 to 2004. Ambassador Delattre worked on European and transatlantic defense and security issues while serving on the foreign policy teams of President Jacques Chirac, from 1995 to 1998, and of Foreign Minister Alain Juppé from 1993 to 1995.