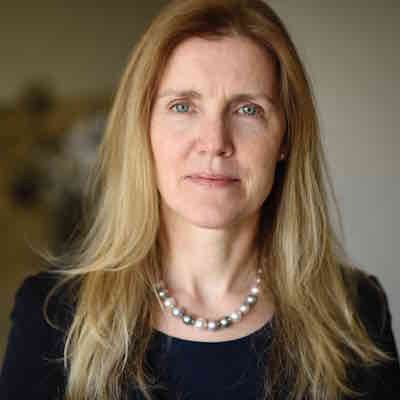 Maya Tolstoy is a Professor in the Department of Earth and Environmental Sciences at Lamont-Doherty Earth Observatory of Columbia University in New York. She is a marine geophysicist specializing in seafloor earthquakes and volcanoes. Dr. Tolstoy has led 18 research expeditions at sea as Chief or co-Chief Scientist, and has 62 peer-reviewed scientific publications, including 6 in Science and 4 in Nature. She has led or co-led over $22 million worth of federally funded research, including co-PI for an Ocean Bottom Seismology National Facility for more than a decade, and was part of the leadership team that implemented the largest community marine seismology experiment to date – The Cascadia Initiative. Professor Tolstoy has been teaching in her area of expertise for more than 20 years, including courses at the graduate and undergraduate level in geophysics.

In addition to her research and teaching, Professor Tolstoy has led a number of key faculty governance groups. She co-chaired the Columbia Senate’s Commission on the Status of Women for 5 years, and led its 2014 Pipeline report. In 2016 she was elected to the Policy and Planning Committee (PPC), the faculty governance committee of Arts and Sciences at Columbia. In 2017/18 she chaired PPC leading a number of important initiatives, including developing a faculty voting process, leading a major equity study of faculty, and initiating studies on lecturers in discipline, best practices for by-laws, and childcare and schooling.